In 1813 the first settlers arrived at a dense forest area that became home to Bedford Township in 1823 and The City of Bedford in 1937. There is little information on who preceded in the footsteps of our current police department, but the late Dick Squire shed some light on the history of the department in his 1992 book "Bedford Village Views".

In 1903 Henry Johnson was our Village Marshal. In 1910 Errett G. Carver became the Village marshal and held that position until 1932. The city charter and present city manager form of government was created, and the police department was formed. Chief Errett G. Carver was appointed as the first police chief of the Bedford Police Department in 1932.

Chief Carver retired on May 15, 1938 and was followed by Chief James Gresham who served as chief from 1939 to 1964. Chief Milan Duris became chief and retired in 1974. Chief Jim Cooper took over the department from 1975 - 1989. Chief Robert Reid was appointed Chief in 1989 and retired in 2000 to take over as Bedford's City Manager. Chief / City Manager Reid ran the City until 2009 when he took over as the Cuyahoga County Sheriff. Chief Richard Borowiak served from 2000 to 2004 and was followed by, Greg Duber. Chief Duber retired in 2013 and was replaced by Chief Kris Nietert who served until 2017. Chief Nietert was replaced by our current Chief Marty Stemple. 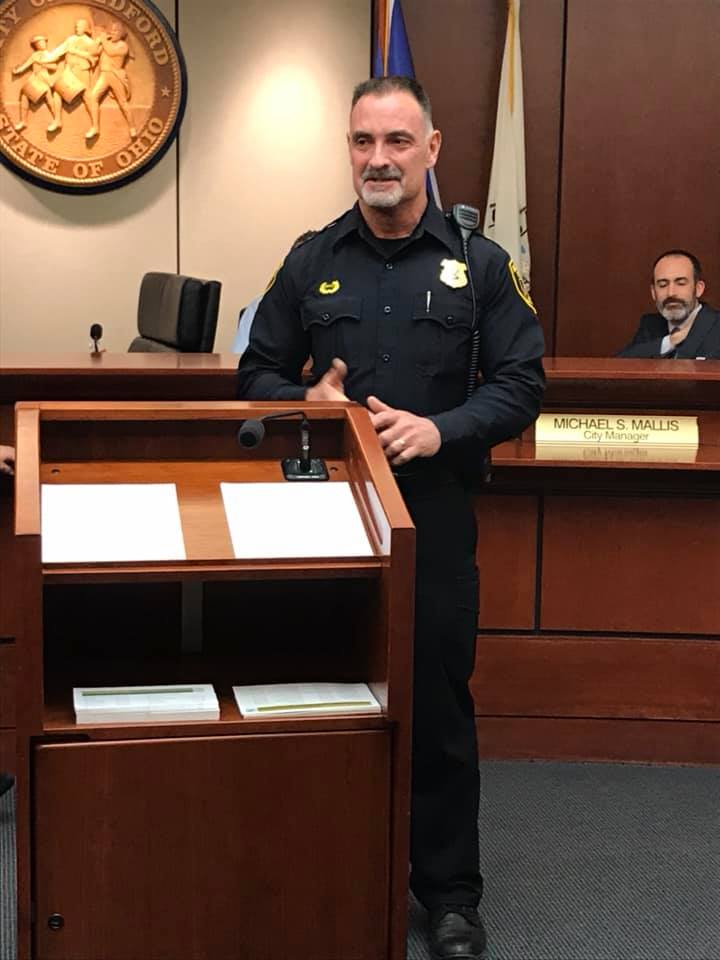